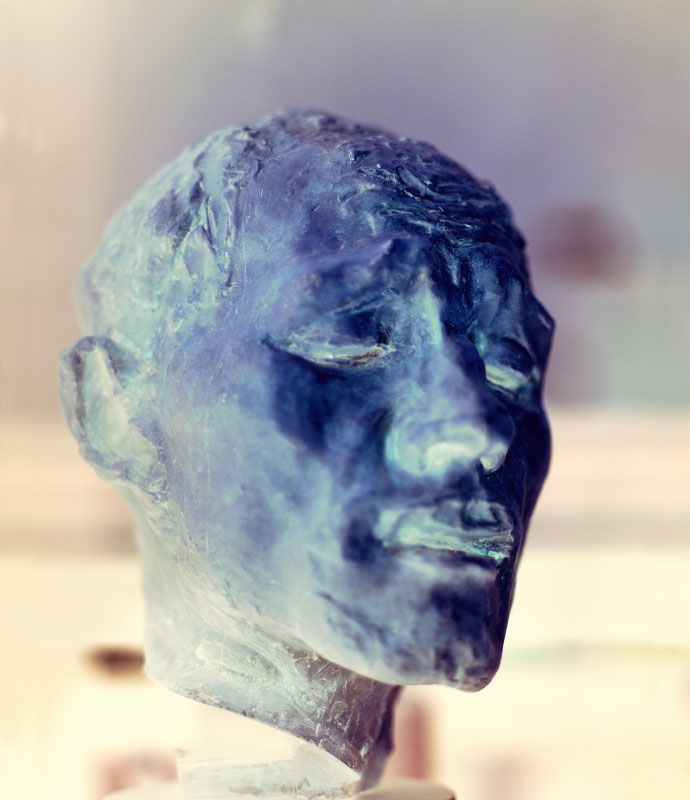 on composite board in custom artist’s frame

Rodin used his existing works in a thousand ways: by breaking them up, re-grouping them, reworking in various materials and also by changing the scale - enlarging or reducing, which completely changes how the sculpture is expressed and its impact on the viewer. Here, Rodin reworks the Head of Pierre de Wissant, one of the Burghers of Calais, for which a monument celebrating the self-denial of these heroes was ordered from him in 1885. He chose to show the moment where these six worthies were getting ready to hand over the keys of their town to the King of England in 1347, after a long and painful siege. The figures were mounted and grouped as early as 1889 since the complete work was exhibited at the Georges Petit gallery

in Paris in that year.

As had become usual, Rodin soon used his group again: he reused the fine Head of Pierre de Wissant, reduced it, and after 1900, also gave it monumental dimensions. The small head loses none of its strength. Leaning forward slightly, with eyes half-closed and parted lips, it contains within it all the pathos of a person confronted with a dramatic situation, like a portrait that concentrates a whole life in the face alone.